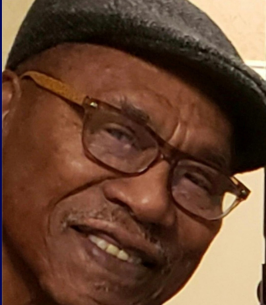 Willie Sim Pratt, was born on June 3, 1933 in Cuthbert, Georgia to Columbus and Essie Pratt. He was best known to Family and Friends as Dap (Dapper Rapper).

On Wednesday, December 1, 2021, our beloved Father, Grandfather, Great Grandfather, Brother, Uncle, Cousin and friend, Willie Sim Pratt accepted the Angels invitation to join our Lord and Savior and his late wife Minnie Pratt in Paradise. Before his death, he gave his life to the Lord as he was led in prayer by his son, Kenneth Pratt.

Willie was born and raised in Cuthbert, GA. He met the love of his life, Minnie Holloway. In 1953, Willie married Minnie. They relocated to Brooklyn, NY and a few years later to Boston, MA. He was a hardworking man and most of the times held several jobs. Willie’s last job was at BASCO Manufacturing Company where he held the position of foreman, and full- time handyman.

Willie loved to dance, watch good movies, westerns and wrestling. Willie liked going fishing and going to the casino. Oh yes, he played his numbers and bought scratch tickets! Most of all, Dap (as he was affectionately called) loved to have a good time hanging out in Roxbury, and talking to his boys. To most people’s surprise, he was quite a few years older than the boys. But, Dap could hang with the best of them. Dap was loving and kind, an outgoing person with a smile that would light up a room. Dap was unforgettable.