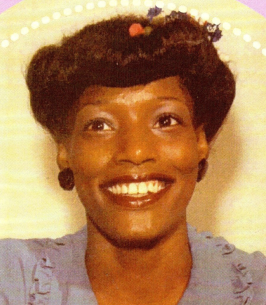 Tracy Ann Toney also known as (Dances with Wolves) was born on November 22 n d 1955 in Alliance Ohio to the late Robert Levi and Anna Mae (Francisco) Toney. She attended the Morgan Elementary School in Alliance, Ohio. In January of 1970 Tracy's family relocated from Ohio to Boston, Massachusetts where she attended the Woodrow Wilson Middle School and Dorchester High School.

After high school and because of Tracy's passion for beauty she decided to attend cosmetology school at The La Newton School of Beauty Culture, Grove Hall. In 1971 she was part of a singing group
called The Ceprelloes and also worked as a home maker.

Tracy was a jack of all trades and a master of many, but above all she was known for her fashion sense as w ell as being an entrepreneur in her own right like her pa rents.

She will be emmissly missed by her cousins of whom she had very special bonds with ; Angela, Joanne, Lesley, Lisa, Maria, Sherri11, Stephanie, a Long time friend Ms. Judy and her very close friend of over 10
year's Jeffrey Holder .

Tracy had different relationships in many ways that touched everyone she came in contact with and her energetic spirit would light up any room she would entered into besides Anyone who knew Tracy Toney knows she would dance her butt off and she was the creator of the dance " The Persian Bop" "NOW GIVE ME 3 UPS AN D 3 FUNKIES, NOW HIT IT" She will be deeply missed by all who loves her.