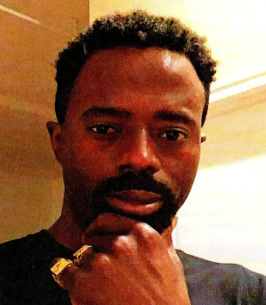 Tom Tamba, age 43, Tom was born on July 18,1978 to the union of David and Kumba Tamba in Foya District, in the Republic of Liberia, West Africa. Tom started his Early education at Kpakio Elementary school in Foya District. As a result of the civil war in Liberia, Tom and his family were forced to leave Liberia for the neighboring country of Guinea. At that time, Tom and his family spent two years in a refugee camp before migrating to the United States where the family would make Lynn, Massachusetts their new home. Upon relocating to the U.S., Tom enrolled in school at Lynn English High school in Lynn, Massachusetts from which he graduated in 1999.

Tom went on to continue his education as an Auto Body mechanic. After completing his auto mechanic training, Tom went on to work with Extreme Collision Auto in Lynn, Massachusetts and Providence Autobody in Providence, Rhode Island for the past 25 years. Tom was a lover of good time and through the years, he took an interest in music as a side job. Tom would always proudly boast to his friends about his next big break into the music industry. When Tom was not listening to his favorite R&B or Rap music, he was mixing his self proclaimed master beats.

Tom's love for family was immeasurable especially when it came to his little nieces and nephews. Tom was blessed with a beautiful daughter Shantel Tamba and his love for her changed his life in many ways. Becoming a father was the greatest moment of his life and one that he cherished deeply. Shantel held the key to Tom's heart and he could never say "no" to her. Tom was a true girl dad.

Those that knew Tom, spoke volume of his hospitality and charitable lifestyle. He never carried himself with anger but always showed love for those around him. Although many battles came his way,

Tom always fought his way through, persevering through life on his own terms. Tom leaves behind to mourn his beautiful daughter Shantel Tamba, his Mother, brothers, sisters, nieces, nephews, aunties, uncles and friends.