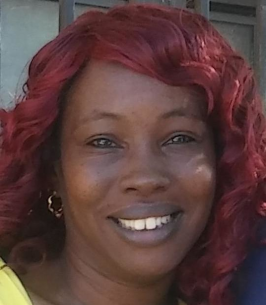 Tanji Maria Link-Browning was born on February 3, 1975 in Boston, Massachusetts, to the late Shirley Jean Browning and Marcus Wade Link. She was raised by her stepfather the late Richard Walker. Tanji had a unique and undeniable bond with all of her parents.

Tanji attended the Boston Public Schools and later obtained her high school equivalent diploma from Ambro Academy, in Boston, Massachusetts. Because of her passion for helping others, she obtained her certification in Nursing Assistant from Marian Manor.

Tanji was very wise beyond her years. She was immaculate and took great pride in everything she did. She loved to decorate her house with plants and her green thumb comes from her Mother Shirley. Many would agree that Tanji was the glue that did all she could to keep her family together; and she was ecstatically proud of her children and all of their accomplishments, for her children were the very core of her being.

Tanji had a special bond with all who came in contact with her. She shared several extra special relationships that will be irreplaceable with her Godmothers Mattie Williams and Dara Toney(Aunt Diary); As well as the bond she shared with her second mom Elisha Ross(Auntie Coot), who took Tanji and embraced her as her own, and taught her how to conquer life challenge gracefully. Tanji wouldn’t be Tanji without her “RYDERS” Belinda, Decayla, Lovejoy, Mervin, Patricia and Tasha.

Tanji was truly a phenomenal woman; she was fierce in her battle with Cancer. She will be deeply missed and never forgotten.