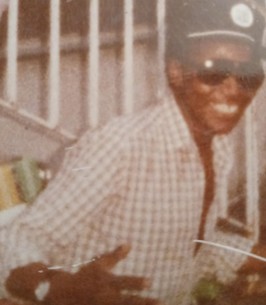 Sterling Baldwin French transitioned from this life Saturday, June 11, 2022 after a lengthy illness. Sterling (aka Kool Breeze) was born August 13, 1953. He was the first of ten children born to the late Rudolph French, Sr. and Constance (Hoyt) French in Norfolk, Virginia. The family moved to Boston in 1957. It was there that Sterling received his education through the Boston Public school system, and the Massachusetts Department of Education. Sterling received his culinary arts certificate through a Pine Street Inn program, and became an extraordinary chef because of it.

Sterling worked as chef in some of Boston’s best colleges including Boston University, Emerson College, Simmons College and Katharine Gibbs. His skills also allowed him to work as head chef in other Boston establishments such as Saint Anthony’s Parish, Black Friars club, the Lenox Hotel and the Pine Street Inn. He won “Chef of the Month” while working at Rosie’s Place – which was his last place of employment before his illness.

He won many awards and citations for his dishes. If you didn’t know it, he could cook up some mean chicken, and let’s not forget to mention those desserts! As a testament to his culinary skills, the late Mayor Menino both loved and commended Sterling on his soups. Also, Susan Wornick of TV Channel 4, and the Boston Herald, produced an article on soups, cakes and dishes, and they chose Sterling to be featured in that segment.

Outside of cooking, Sterling loved to play pool, read his Alfred Hitchcock novels, watch the History Channel, and listen to his all time favorite, The Persuaders. He loved the real oldies but goodies! Sterling was a funny guy when he wanted to be – always ready to laugh. Sterling was protective of his family. If he saw you walking by yourself down Dudley, he would stop what he was doing to make sure you made it to your destination. You knew if you needed him, he had your back – especially with his brothers.

Whenever Sterling needed to fix his computer or television, he never hesitated to call on his brother, Andre (PeeWee), because if no one else could fix it, he knew PeeWee could!

To Zoom click on your loved one obituary and then click on Photos and Videos Scroll down below picture album then click on Watch Webcasting. Once you sign in we asked that you please mute your device.