Obituary for Rosaline A. Francis 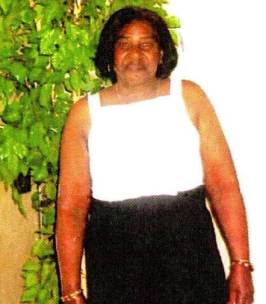 Rosaline Alena Francis, affectionately known as Catherine, was born on August 14, 1933 in Trail’s Village, Montserrat. She matriculated through Kinsale School in Montserrat. She migrated to London upon meeting Edmond (Neddy) Francis in 1955; they wed in February 1956 and remained married until he passed on August 2, 2001.

Returning to Montserrat in 1963, Rosaline and Edmond raised their family until they relocated to Boston in 1973. Adjusting to life in Boston was challenging, but she worked hard and persevered to make a living for her family. She worked at Sunshine Laundry in Allston for many years before joining the Sheraton Hotel. She loved working for the Sheraton, she built relationships with her coworkers and received many awards for her outstanding accomplishments. Rain, snow, sleet, hail or extreme heat did not prevent her from getting on the bus and traveling to work on a daily basis. She was employed with the company for more than 25 years until she retired at the age of 65.

Rosaline was an active member of St. Mark’s Church in Dorchester, MA, and she considered the church members as part of her extended family. To know Rosaline was to know that at any time she was in your presence you could expect to receive a wealth of love and compassion. Rosaline touched many lives with her kindness, caring heart and generosity. Even though she came from humble beginnings, she managed to give more than she could ever receive. Her open- door policy meant that everyone was welcomed by her.

Rosaline was a wealth of knowledge, about all things Montserrat and served as our family’s living history record. She spoke frequently and recounted vivid stories of Montserratian family life, past friends and acquaintances, as well as accurate accounts of events that had taken place during her time there.
She loved life and most certainly lived it to the fullest. If she felt the music, she got up to dance. She did not mince words, she just told you like it is. If she had something to say, she said it but it always came from a place of pure love and you could always count on gut busting laughter to follow.

Rosaline was an incredible individual who placed nothing higher than her family. She handled each family member with love and care and worked tirelessly to ensure that her children could pursue their dreams.
Rosaline was preceded in death by her parents, John and Mariah (Mammie) Brann of Trial’s Village, Montserrat. Three siblings also preceded her in death-Mon Jane Reid, Annie Bramble, and Sarah (Emma) Brann. Also, Rosaline had two children who preceded her in death- Abraham and Kenneth.

Of note, Rosaline had some special friends who made a great impact on her life- Anne Blake, Hess Lynch, Matilda Allen and John Lindsay. We would like to give special thanks to the Brigham and Women’s Hospital staff who took care of our mother during her illness.