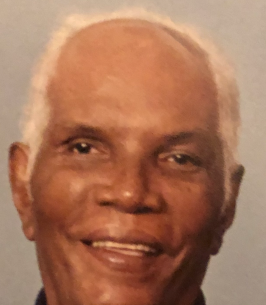 Richard Eustace Irish, also known as Richard Martin, passed away peacefully on December 4th, 2021 at Vibra Hospital in Richmond, Virginia following a period of illness. Richard was born on December 15th, 1940, on the Island of Montserrat; he was the second child of Anne Irish’s five children. His father Joshua Martin was from Diego Martin, Trinidad. His oldest sibling Rose, and his youngest brother Bertrand are no longer with us.

Richard Martin lived in Windy Hill with his wife Priscilla, the daughter of King Robinson and Alberta Farrell. At the age of 26 he fathered his biological son Heydrick; he also served as stepfather to Joseph Robinson, Hilerine Robinson, Keithroy Robinson and Maudlyn White who died on 9/11 at the Pentagon in Washington DC.

Richard spent his youth growing up in the villages of Windy Hill with his mother and in Tuitt’s with his father’s family. He attended St Georges primary school during an era when academics sometimes took a back seat to the chores that were necessary for families to put food on the table. Richard served on the Montserrat Police force and later transitioned to being a full-time carpenter – a notably good one by reputation. In search of his roots and heritage, he boarded either the Federal Maple or Federal Palm, sailing to Trinidad and met his grandfather.

In truth, Richard had strong family values, liked to have his own way, and habitually interjected his opinions even when they weren’t solicited nor desired. He liked to eat good food, drink brandy and to listen to himself talk because he believed that he was always the smartest person in the room.

He also farmed extensively in Montserrat in an area known as Woods; he always maintained a herd of goats, with goat meat being a central part of his lifelong diet. He was an excellent cook, known for making his favorite dishes goat water, goat head soup and steamed fish with fungee; in fact, the last meal he prepared for himself was a pot of goat water. He was a generous man and liked to share with his friends and family. He was an incredible swimmer, that could stay in the water for hours, even taking time out to lay on his back and rest.

Richard emigrated from Montserrat in search of prosperity for himself and his family and settled in St Thomas USVI, where he worked as a carpenter. He later moved to Boston MA primarily for better access to health care. After the tragedies of 9/11, 2001, his wife joined him in Boston until she passed away on February 28th, 2018. His final move took him to Virginia to be closer to his son and grandchildren, whom he cherished dearly until his final hour.

May he rest in peace.