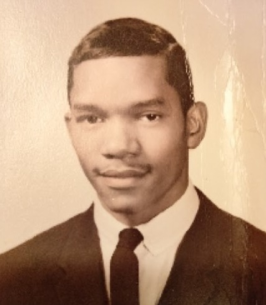 Ray McAlister was born on November 6, 1946 to Plassie and Dave McAlister in Boston, Massachusetts. Ray graduated from Boston Technical High School and entered the United States Air Force where he served for 7 plus years.

Ray became a staff sergeant E-5 class and finished out his time with a honorable discharge. While in the Air Force, he was not only a sergeant, but he was an inside man, friend and advocate for anyone who needed him. He was also a well-known soldier for his concern advocacy and willingness to take command.

He would not hesitate to help his fellow man /woman when in justice was known even if it meant going to the congress, writing to the President starting a petition or maybe even slightly a protest. He was there exhibited the same type of attitude.