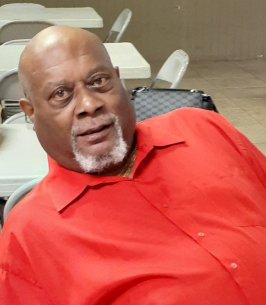 Preston James Porter was born March 25, 1956, in Boston, Massachusetts to the late Leanna James of Memphis, Tennessee & the late Geno Porter of Winton, North Carolina. The fourth oldest of seven brothers, Preston spent his younger years caring for his siblings. At the age of 15, he lied about his age to get a job at Brigham’s Ice Cream.

Preston completed high school and received his diploma from The English High School. As a young adult, he developed a strong love for music which would prove to be one of the things he loved most. This love of music led to him pursing a opportunity to DJ at a local station WRBB in the 1970s. His founding show “For Lovers Only” on WMBR every Sunday afternoon would only be the beginning of what would be a groundbreaking time on the Boston black music scene. Providing urban vibes from the campus of MIT to bedrooms to neighborhood porches to prison cells throughout the New England area, the show Mellow Madness would prove that not only did he belong but would slowly become the King of Slow Jams.

In September of 1999 Preston would accept a position at the MBTA in a career that would last 19 years. Throughout his time being a dedicated worker people began to be able to put a face behind the voice that they knew for so many years. Reporting for work one day Niecy Hall was struck by the voice she felt sure was the voice she had heard as a teen listening with her mother who was a devoted fan, but when approached he immediately replied, “what are you talking about” and continued with his day. While driving along Blue Hill Ave every time he stopped, she pulled up next to him and said, “I know it’s you I know it’s you”, and he wouldn’t say a word but would let out a laugh every time to keep her wondering. After countless measures and a trip down to MIT Niecy was finally sure it was him. Niecy, along with Jerry “Rat” Dixon, and Steve Strickland. became regular voices of Mellow Madness.

Dedicating countless hours between the T and filling the airwaves with slow jams, Preston welcomed a wide range of cohosts with an open-door policy that would only turn friends into family. Baby boys & baby girls turned into nieces & nephews. And Preston made sure that even those far away knew that their special someone was always on their mind.

Preston is survived by the love of his life Jacquie Hylton, whom of which he spent 36 years with including the last days while here with us. He leaves behind his brothers Edwin, Stephen, Leroy, Geno, Mark, and his sister Bernice Woodley. His Children Prestina Evans, Preston Porter Jr. and Domonic Porter. His grandchildren De’Andre Evans, Isaiah Sullivan, Breanna Evans, Marissa Sullivan, Arianna Sullivan, Easton & Zyair Porter. He is also survived by a host of Aunts, Uncles, Nieces, nephews and other relatives along with the countless number of friends that he made along his journey in life.

Preceding him in death are his Late mother and father Leanna James and Geno Porter. His daughter Daniella Sullivan. His brother Carl Porter, and his nieces Jane Woodley & Jannell Gonsalves.