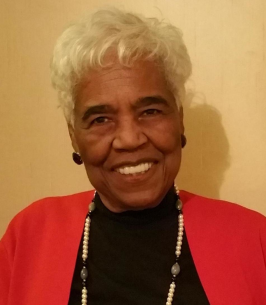 Minniebel Elizabeth Allen was born on November 8, 1923, in Branford Connecticut. She and her four siblings were raised, and attended public school, in New Haven. She proved to be a popular classmate and an excellent student She loved the English language. Her writing won widespread recognition in city and state-wide competitions. She was editor of her high school yearbook.

Upon graduating from Commercial High School, Minniebel moved to Washington, D.C., where she served for a time on the staff of U.S. Congressman Adam Clayton Powell, Jr. At Howard University, she met a young medical student, her future husband, Reginald E. Benn. In 1948 they married in Washington, D.C. and moved to Dover, Delaware, where Dr. Benn established his first practice.

In 1950 Delaware, hospital births were forbidden to women of African descent. Minniebel traveled to Boston to give birth to her first son, Reginald, Jr. Shortly thereafter, Dr. Benn was called to fulfill his military obligation and enlisted as a Captain in the United States Air Force. During their four-year posting to Cambridge, England, the Benn’s daughter, Beverly, was born.

Upon discharge from the armed forces, Reginald, Minniebel and family returned to Dr. Benn’s hometown, Boston. In 1955 their youngest child, Joseph, was born. Once the children were in school, Minniebel earned certification as a medical assistant. She supported her husband in his medical practice until he retired.

Minniebel had a zestful love of life. She was active in her community, volunteering with the local Amvets post, serving as a girl scout leader, and working the polls at election time. She was an active member of St. Cyprian’s Episcopal Church where she taught Sunday school and was a lay reader during Sunday services.

Minniebel enjoyed entertaining and was known as an excellent hostess with a flair for food that tasted wonderful and looked beautiful. She will be remembered by many for her regal bearing, her beautiful smile and, perhaps most of all, her unique ability to make everyone she met feel special.

Minniebel was preceded in death by her beloved husband, Dr. Reginald E. Benn and her eldest son Reginald Jr. She is survived by her daughter, Beverly Benn, her son, Joseph, four generations of nieces and nephews and a host of new and longtime friends.