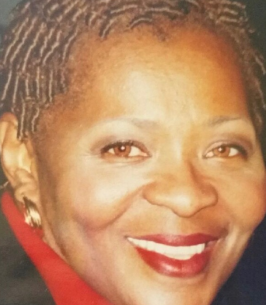 Pamela Joyce Lewis was born to Kathryn Winifred Lewis and Karl Spencer on June 2nd 1948, In Chicago Illinois. Her mother moved to Boston when Pam was 5 years old. She grew up in the south end, where she attended the Charles C Perkins school and later started her family. Pam left Boston in the late 70s and moved to Cleveland Ohio eventually settling in Columbus Ohio.

Due to reason of her own she legally changed her name to Marla Taylor. She graduated cosmetology school in 1990 and landed a job at We Care Hair where she worked her way up to becoming the manger until 1995. She then diverted her attention to human service where she joined the team at Friends of the homeless. Eventually becoming the Supportive Housing Manager at Community Housing Network until 2014, at which time she and her long time best friend Ellie started and ran a nonprofit business called Exo Facts. Marla was also the director of the homeless shelter, she headed toy drives for prisoner’s children and the Back to school supplies drive as well. Always helped anyone in need with food or a place to stay.

She loved fiercely and deeply and we take comfort in knowing that She is now at peace surrounded by light.