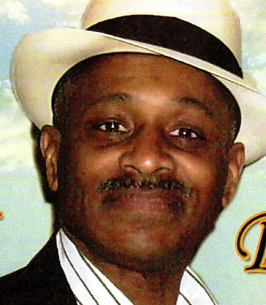 Leroi "Cokie" Greaves Bell was the youngest of two children born to the late Sylvia Louise Greaves Bell and Leroy Parsley Sr. on April 19, 1946 in Brooklyn, NY. They were descendants of Barbados and Jamaica.

Leroi was a young when his father passed. His mother met Alvin Bell and they all headed to Virginia, but ended up in Boston. There Leroi and his sister Loretta (Deryl) attended school. In his late teens he worked as a chef and also as a carpenter, where he helped with the construction of the Boston Prudential building.

Later in life, he became a father to his first son, Twain. Leroi married young. A friend of his named Raymond introduced Leroi to an attractive woman named Janet. His hazel brown eyes is what caught her. It was love at first sight. They got married and with this union two children were born, Tyrone (Yaru) and Tammy (Nefertiti)

Leroi's interests were drawing and painting. He loved to read and was a superb chess player. He enjoyed listening to jazz and classic
R&B, but most of all he loved being around family. He never seemed to quite get this one dance "The Running Man", which he just knew he was rockin. The family would edge him on, "Go Leroi! Go Dad!" It was all fun.

Soon after he retired from Xerox, he relocated to Marietta, GA and has been there since 2011. On Christmas eve, 2021he visited his family in Massachusetts. On January 6, 2022, during his visit with family,
Leroi peacefully departed this life.

Preceding him in death are his mother, father, and Alvin Bell.