Obituary for James A. "Sonny" Wooten 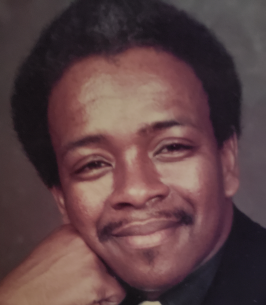 James Arthur Wooten age 81 passed away peacefully on January 15, 2022 due to medical complications.

James formed a basketball team in his community with friends and neighbors to keep them active in the community. James also was diligent in laboring. He wore many hats. In his younger years he worked side by side with his father(James Sr) in Landscaping shortly after he took on another job working at the Cavalier Hotel during the summer months as an Assistant Cook. He was also known as the"Candy Man"delivering candy and stocking machines throughout the Virginia area. James' last well-known job in Virginia was 25 years of dedication working at JCPenney as a stockroom clerk. James later relocated to Boston with his first wife, Antionette L Wooten and their three children, James Arthur Wooten III , Laverne Wooten and Lynn Carol Wooten. James later married his second wife Catherine Wooten and welcomed his fourth child Marcherie Wooten.

James remarried with Sarah Johnson-Wooten who predeceased him in death. James as a youngster was brought up in a Baptist church in Virginia. While living in Boston James Joined the William G. Butler Lodge #12 as a member where he served until his passing. James retired from his 40 year everlasting job with Polaroid Corporation as a Supervisor. After his retirement he lived a quiet reserved lifestyle enjoying family and friends on some occasions James would indulge in one of his passions which was traveling. James would hit the highway with his right hand man, his son “James A. Wooten III” and drive to his desire destination. This brought him so much peace and pleasure and what he enjoyed the most. James was reunited with his long time significant other Kittie Ernestine Simmons who stood by his side to nurse and care for him in his final days.

Gracious Acknowledgement: Special Thanks to the Masonic Lodge Local -12 and to his two dearest friends: Kyrstine Biggs and Carmen Carter.

Repass: Unfortunately due to the COVID-19 restrictions and the necessity of keeping everyone safe and healthy, there will not be a repast fellowship. Honoring and celebration for James will be held at a later date.