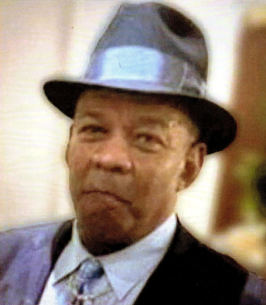 Gerald was born in San Ignacio, Belize on April 26th, 1953, to Gerald Sr. and Maud Pagett.
He attended St. Andrews Anglican school and the Belize Technical College. After graduation, he moved to Belmopan where worked for the Government of Belize as a postal clerk, he also played basketball with the Belmopan Bullets. Those were exciting days. The only time I saw my mom quiet at a basketball game was when the Bullets (Gerald’s team) played Avengers (Morrison’s team). The announcer put her on blast (speaking Kriol)“ Ms. Maud Yu Quiet tonight”. Gerald was also a boxer, he won may fights beating the city boy that was supposed to be the best in the country, namely Hurricane Bowser, George Dakers, and Fitzroy Gussippe. He also fought local boys like Sherman Juan, even brother Morrison. (But won’t go into that, lol).

Gerald emigrated to the United States in 1975, he worked at Perkit Folding Box, in Mattapan.
He met a Lydia Beckers, who swept him off his feet, they got married and he never look back. Lydia was his life, he lived for her, when she said jump, he said how high? He also worked for Humbolt moving and storage alongside his best friend Charles Pickney until he retired.

Gerald live here in Boston since he arrived in the US, after Lydia passed away he refused to move to New York to be with his family, he had grown root here. He had great friends who treated him live family. Charles was like his brother from another mother. He was family.

Whenever Gerald could not be reached, the next called was to Charles. Gerald kept how sick he was, until he couldn’t keep it a secret any longer. He kept saying he’s just tired. My iron level is low, and when asked how you doing? His two words was “I’m good”.

He went to be with his beloved Lydia and his parent and siblings on May 18th, 2022.
Brother Sleep in Peace.

To Zoom click on your loved one obituary and then click on Photos and Videos Scroll down below picture album then click on Watch Webcasting. Once you sign in we asked that you please mute your device.