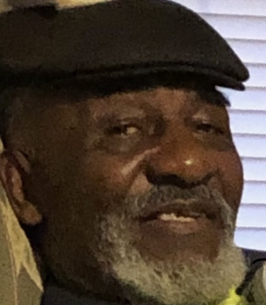 Frank Smith was born on June 13,1946 in Prairie, Alabama to Lucy and Fred Smith. He was the second oldest of six siblings. Frank worked many jobs to support his family. He was a share cropper. He grew soybeans, hay and worked with animals. He also enjoyed fishing. In his early twenties, Frank had two daughters Angus and Shalonda.

In 1970,Frank moved to Boston for a better life. He met Joana Johnson in 1972 and they were united in holy matrimony on December 25,1973. They had four children Frank Jr., Reginald, Stephaine and David. Frank’s sons are all along the spectrum of Autism. They are very unique in their own way. He loved all his children and worked hard to support them. He enjoyed cooking and watching basketball games with his boys.

Frank worked at a foundry until his retirement. In 1981, Frank and Joana brought their home on Kerwin St in Dorchester, Ma. Frank loved his house. On a nice day, you can find him on the porch overseeing his property. He made sure nobody parked in his driveway or littered in front of his house. Frank also was an great handy man. He painted the porch and fixed things around the house. He will be truly missed.

Frank passed away on Friday, March 25,2022. He leaves to mourn his wife Joana Johnson Smith of 48 years. Four children of Angus Alabama , Reginald, Stephaine, and David of Boston, Ma. His beloved sisters Betty and Josephine of Boston, Ma. One brother George Smith of Alabama. His favorite nieces Theresa Smith and Christina Smith of Boston, Ma. Five grandchildren and a host of family and friends.