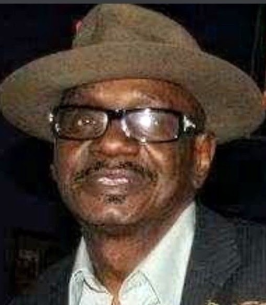 Eddie was active in the Boston Public School System in his early years and as a teenager. During his early years after high school Eddie decided to venture out on his own. He was truly an early age Entrepreneur in his own right. Eddie invented “CHUCK-A-LUCK”, a game everyone wanted to play. He would draw a crowd of people like you wouldn’t believe! Every single one of them fell for the switch. Needless to say he was good. It was a game he mastered. Eddie also played 3-card Molly too. Let’s not forget that Eddie could also DANCE HIS BACKSIDE OFF! (True story) Listen...(Pause)...telling the story. In short, Eddie was a hustler!

Later on in life Eddie decided it was time to come out of the streets and be a family man. He was an awesome Dad. Although one of his sons was raised in the south as soon as Dorian hit Massachusetts it was like he
never left his father’s side. Lord knows Eddie loved his “BOYS” and his precious, precious daughter Asia. He was so protective of her. Asia was and still is “Daddy’s little girl.”

Eddie decided to relocate to Worcester, MA in 1990. There in Worcester he found his true calling. He decided that he understood the effect that drugs and alcohol was having on the people he loved and cherished and
wanted to do something about it. And he did!

Eddie was employed at several locations in Worcester working at Ad-Care, Worcester House of Correction, Spectrum, Community Health Link and the Salvation Army. If you came to Worcester and was serious about your recovery Eddie was the man to see. Eddie was kind and generous to all who knew him. Often he opened up his home to those who needed to stay somewhere until a detox bed became available. The hitch was that his place was a one-bedroom apartment so you got the couch. But, Eddie made sure you had a safe environment as you started your journey to recovery. He often held victory parties to celebrate the accomplishments of others.

To describe Eddie is to describe a slick-talking, smooth walking, sharp-dressed, comedian and ladies man. Rest easy Eddie you are loved.

He also leaves behind two uncles, Willie James Baldwin and Johnny Crawford; a host of great-nieces, great-nephews, nieces, nephews, great-cousins and lots and lots of family and friends.