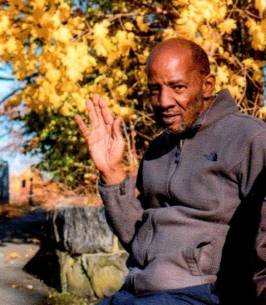 Edward Eugene Andrade was born September 9, 1961 to the late Henry C. Andrade, Jr., and the late Annette F. Bennett in Boston, MA. He received his education throughout the Boston Public School system and graduated from Charlestown High School.

As a child, Edward would play so hard that his mother would have to re-stitch the seat of his pants every day! He loved playing basketball, ice and street hockey, and marbles. Edward was very good at playing marbles. He would have everyone’s marbles at the end of the day.

He was also very good at board games and pivot pool – so good that no one in the household could win when he was at the pool table. Edward and his brother, Renardo, would play table hockey for hours on end.

As Edward grew up, his first job was as a counselor at the Cooper Community Center on Shawmut Avenue in Roxbury. He developed a passion for writing music. Edward taught himself to play the guitar and organ in his spare time.

Edward was comical, smooth and a pleasure to be around. His famous line was “you got a few dollars”. He was full of life and will forever be missed by all.