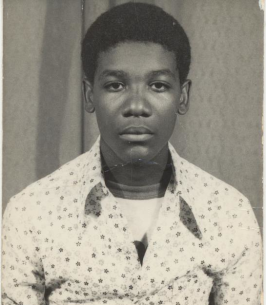 Friday December 17, 2021 Darlin Brutus passed away in his home after a yearlong battle with health complications.

Darlin Brutus was born in February 10, 1965 in Pilate Haiti. He entered in the USA in April 1982. He attended English High School and graduated in 1986. He was working as chef in a restaurant which was his dream to pursue. He would always take great pleasure working as a chef and serving people. Darlin was the second out of four children born to Immacula Jean and Jacques Brutus.

He was a husband of the late Christine Brutus, a loved father of Eric Brutus and Darlin Junior Brutus and a well-loved grandfather of 2 grandchildren, Jordan Humphrey, and Javari Humphrey.

Family called him Doudou. Darlin was a son, father, husband, brother, uncle, cousin, friend.
He is remembered as a strong responsible committed man before he got ill. He had love and respect for his family members and his community.