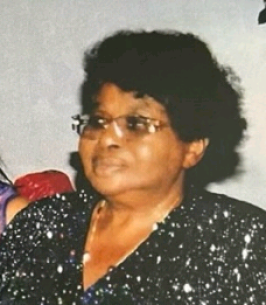 She migrated to the United States in 1967 working as a live-in domestic in Newton, Massachusetts. She also worked at Necco Candy Factory in Cambridge, Massachusetts; and later worked at Children’s Hospital on Longwood Avenue in Boston. She left Children’s to pursue hairdressing which was her passion. In 1979, Carol attended Beauty School to obtain a license in cosmetology. Her favorite part was hair coloring. She later retired due to illness.

Carol was well liked. She enjoyed playing and singing gospel music. She was a member of Grace Community Church in Codman Square under the church leadership of Rev. A. Livingston Foxworth. Miss Carol touched many lives and acquired lifelong friends and friendships through her gift of advising.

Carol left this Earth on the early morning of Wednesday, December 14, in the comfort of her own dwelling. She is survived by her 97 year old aunt, Sylvia Allen; two sisters, two brothers, four daughters: Cynthia, Hope, Faith and Georgia and three sons: Howard, Hubert and Kenneth; many grand and great-grandchildren, and a host of nieces, nephews and friends.