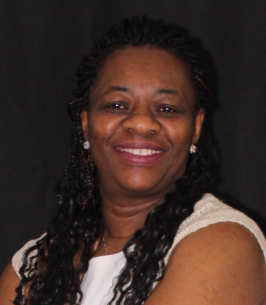 Her suffering ended with the day;
Yet lived she at its close,
And breathed the long, long night away,
In statue-like repose.

But when the sun, in all his state,
Illumed the eastern skies,
She passed through glory’s morning-gate,
And walked in Paradise!

August 16, 1963, in the district of Lindoes Hill, the parish of Westmoreland, the country of Jamaica, and in the household of Elin and Norman Creighton a beautiful baby girl was born. She was the seventh of eight children, and they named her Calmore. Calmore Creighton-Ferguson, more fondly called Rose grew up as any normal child, playing, singing, and doing chores. She attended the Haddo Primary School and later the Shrewsbury Secondary School.

After Secondary School she moved to Kingston for a ‘better life.’ There she resided with her grandaunt Agatha Rose. Two of her greatest passions are cooking and her love of children and she was lucky enough to find careers to match them. In her early career, she worked in restaurants and later as a nanny. She was very hard-working; she is the very epitome of what we like to term as “not having a lazy bone in her body.’ Whatever jobs she undertook, she did so with love, pride, and dignity. Like so many others she had experienced the beautiful thrill of falling in love and the blessings of motherhood. While working at Marshall’s Restaurant on Waltham Park Road, Kingston, Jamaica, she met and fell in love with Herman Lowe. She was abundantly blessed with four children from the relationship, and they lived together for many years before she migrated to the United States of America in May 1997.

Life for Rose has its fair shares of ups and downs and its measures of joys and pain. When she lived in Jamaica, she had her struggles. So, when the opportunity came to migrate, she was ready and willing to take that next step on her life journey. After migrating, she resided with her late sister Verna Green and her husband Collin Green. She planned to make a better life for herself and to pave the way for her children to join her. Unfortunately, due to some challenges and obstacles along the way the plan did not go accordingly. Despite these disappointments, she journeyed on with the strength and mercy of God.

Rose always realized that her help cometh from one who was bigger than herself. Hence, she surrendered her life to God over 20 years ago. She first attended the Mattapan Church of God, and later the Cambridge Church of God, where she got baptized. She then moved on to Greater Works Church of God which was her last place of worship.

Her career as a nanny started over twenty years ago working for the Zimble Family. She helped to raise Mrs. Davida Zimble’s children. She displayed so much love for the children and they did the same for her. They consider each other as family.

Rose was able to experience the beautiful thrill of falling once again in love and this time the fulfillment of marriage. In 2005 she met Barrington Ferguson, they dated for a while, fell in love, then shortly after got married. They continued to love and care for each other until her passing.

In December 2018, Rose was diagnosed with stage 4 lung cancer that took a toll on her body progressively. She was very strong, she fought long and hard until the end.

On December 16, 2021, she succumbed to her illness and today marks the end of the earthly journey of Calmore Creighton-Ferguson (Rose). She was a very compassionate, loving, amazing, selfless, and caring person. She is everything that anyone could ever want in a mother, wife, daughter, friend, and relative. She has always made sacrifices for her children, and always puts them first. Her deep obligation stemmed from being away from her children. Her love extended to her whole family and friends. She was loved by so many, and it was proven by all the love she received, especially in her last days. So, as we bid her goodbye and say walk Good Rose, we know her reward awaits her.