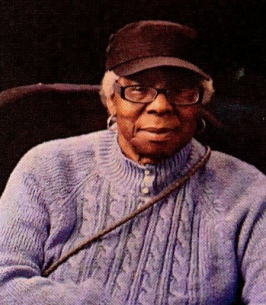 Anne Ruth Hunter was born to Jeffrey & Atha Hunter on October 8, 1943, in Birmingham, Alabama, she was one of nine children.

After getting settled in Boston Anne Ruth’s mother sent for her and Anne Ruth’s son Jeffery to come live in Boston in 1966. Her first job was as a steward for a wealthy family. While enjoying herself at Bar Louie in the south end Anne Ruth met Ellsworth Carter who she affectionately called Jimmy. From the time they met at bar Jimmy spoiled Anne with any and everything she wanted. They later married and had 2 kids together.

After Jimmy served in the service, they both worked together in the VA Hospital in Jamaica Plain. Later in life Anne worked in the community she lived in at the Urban League of Boston as steward.

Anne loved to be around family and friends. Those who were able to be in her presence knew how feisty she was. She would tell you about yourself and in the next breath offer you her last penny.

Anne is preceded in death by her parents, all her siblings and her beloved husband Jimmy.